Junk From Your Home

No job is too big or too small for our team.

Here’s How We Can Help

At Barten Bros, we take great pride in offering the best junk removal services in the Jersey Shore area. That’s why if you’ve inherited a house and you need to get it cleaned out and ready to live in or put up for sale, we’d be glad to help. Learn more below, then contact us today for a free estimate! 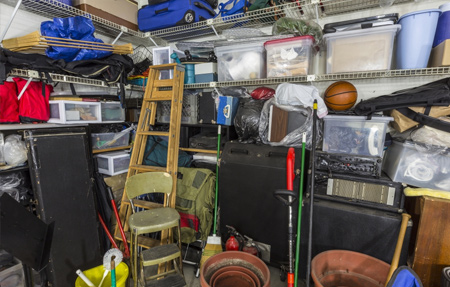 If you have recently inherited a house, or been put in charge of cleaning out the house of a relative who has recently moved into a nursing home, you’ve got a big job ahead of you. Even houses that seem like they don’t have much in them actually have thousands of items, and many of those items simply aren’t worth keeping. More and more Generation X’ers are hiring waste removal companies because they simply don’t know what to do with a houseful of stuff…and many thrift stores such as Goodwill are overflowing even with the salvageable items.

It’s important that you mentally prepare for the cleanout. Losing a loved one is a big deal, and you will probably have a fair amount of sentimental value toward the things in the house. If it was a parent and you actually grew up in the house, it’s even worse because so many of the items will be in the exact same place as when you grew up there. We’re all creatures of habit, after all, and that toaster is probably in the same corner of the counter it’s always been.

On the other hand, if the relative is still alive, he or she might have guilted you into keeping stuff, “just in case they need it.” It’s a tough position to be in, but the chances that they’ll even need that vacuum from 1973 are pretty slim. And you don’t want to spend thousands of dollars every year just to keep it in a storage unit. It’s time to call for waste and junk removal.

Today, we’re going to take a top-down approach to the house and the different ways in which a junk removal service might be useful. Let’s take a look at how our hauling services can work for the entire house.

Thanks to Hollywood movies, when most people think of “the attic” of a house they imagine a place stored with treasures. The attic is where everything is stored until it’s a priceless antique: 15th-century Asian furniture, gilt-framed treasure maps, and boxes of comics with early issues of Superman. That’s what an attic should be, right?

Too bad every attic doesn’t have the hidden treasures seen in movies like The Goonies or Jumanji. In truth, attics are where people put junk that they should get rid of but can’t seem to part with, like broken appliances, ugly (and worthless!) pieces of art, issues of National Geographic, and old Kodak Instant print cameras that no one has made film for 35 years and you can’t even get $5 for on Craigslist. It’s a place where people put stuff so that they don’t have to feel bad about throwing it away.

Well, it’s time to throw it away! The attic needs to be cleaned out, and we’re the junk hauling company to make it happen. All you have to do is show us what needs gone and we’ll dispose of it properly, whether it’s going to the dump, the recycling center, or the hazardous waste facility. Best of all, you don’t have to deal with all the spiders up there!

Of course, most of the items in a house are on the main floor. You might think that all of the “forgotten stuff” would be in the attic or basement, but that means you’ve forgotten about the closets and the kitchen cabinets. The main floor of most houses is to showcase the large stuff (furniture and appliances) while hiding the small stuff (unfashionable clothing and lidless Tupperware). And now all of that small stuff needs to go away so that you can get the house on the market.

Of course, not everything is junk. There are those few pieces that you’ll want to keep, and some stuff that can be donated to a thrift store. You’ll probably find the paperwork necessary to help settle your relative’s affairs as well. But there are many items hidden on the main floor that will simply need to go away once you start going through the closets. And the bathrooms? That’s probably the room of the house that gets cleared out the most of any. Worn towels, half-used tubes of toothpaste and Super Strength Polident, bottles of pain reliever that they don’t even make anymore, plungers, Drano, cotton balls…these are the items that you don’t want, and neither does anyone else. Our garbage removal service will get rid of them for you in a flash, and we’ll even grab the bath mat on the way out.

The Garage And The Shed

The garage and the tool shed are the areas of the house that tend to have the most dangerous items involved with junk removal service, and there are quite a few reasons for this. First of all, people tend to forget about what’s in a garage; they might still have insecticides and herbicides tucked in a corner that were banned in the 1960s. Second, chemicals kept in a garage can leak, causing dangerous situations if you grab one unexpectedly. Finally, garages often have old equipment that can be dangerous to try to start, like snow blowers and lawnmowers. Oh, and old power equipment often had asbestos cords.

Of course, not everything is dangerous. There are 1-foot lengths of 2X4s, 2-foot lengths of 1X4s, torn pieces of sandpaper, fly swatters, hanging strings of flypaper, gelatinous paint, and so many more useless and disgusting items that you really just want gone. Oh, and we almost forgot to mention that refrigerator that should have been disposed of 30 years ago and now uses $400 in electricity every year because it’s so inefficient. That needs to go.

What can our waste removal service offer? Proper and safe disposal of all of these items, and we can make it happen fast. All it takes is a call.

Sure, you’re going to want to rescue the Christmas ornaments, but there will be so many items in the basement that you really have no interest in. The basement often has its share of broken items, like old appliances, forgotten hobbies, and exercise equipment (we can’t tell you how many NordicTrack skiing machines we’ve thrown away!). And while the garage had the extra refrigerator, the basement has the freezer from 1960 that predates safety features and can trap someone inside. What’s to be done? Just let us know what needs to go, and it’s gone!

Junk Removal Is Just a Call Away

If you have a houseful of stuff to get rid of, we’re ready to help. Our waste removal experts can take care of it all, and then you can get the house on the market much faster. Ready for us to do the hard work? Contact us today!